Rachel White and her husband, Aaron, have always been drawn to ministry that empowers people to want to make a change.

In 2016, during a family trip to Haiti, they met a little boy who sparked their most recent quest.

Ferlando Azor White, 4, was living in an orphanage when he stole the hearts of the family.

“Ferlando had been diagnosed with retinoblastoma but he missed treatments because of the lack of resources. His right eye had to be removed,” recounted Rachel White. “After spending the next few days with him, we felt like God was telling our family to see what we can do to help him.”

Upon their return to Nashville, the Whites met with Debra Friedman, MD, director of the Division of Pediatric Hematology/Oncology and who holds the E. Bronson Ingram Chair of Pediatric Oncology, to discuss the possibilities for treatment. In a matter of months, the Whites were appointed Ferlando’s guardians, obtained a medical visa, began the process of adoption and brought him home.

Although his case was worse than they had imagined — the cancer had spread to his brain — the family did not give up. And neither did his medical team.

Ferlando initially responded to the treatment, but after five rounds of chemotherapy, he relapsed.

“I remember that Dr. Friedman thought she was looking at one of his original scans,” said White. “Heartbroken, we moved into hospice care. It is amazing how much life you can pack in when life is limited. We were intentional and focused on the present moments.

“Ferlando loved to entertain people and make them laugh. He had a huge heart, a great spirit and he loved people really well,” she said. “He was taken by a disease that could have been treated. We knew we had to act on that.”

A few months after Ferlando died, White met with Friedman. She wanted to work on extending the physician’s knowledge and the hospital’s expertise in retinoblastoma treatment.

“Because of limited resources, many countries have a higher percentage of patients who present with more advanced stages of retinoblastoma, when a cure is very difficult,” said Friedman, associate professor of Pediatrics at Monroe Carell Jr. Children’s Hospital at Vanderbilt. “We want to be a resource for these countries and help educate providers on how to recognize this earlier when it is curable.”

Grateful for the care Ferlando received and to expand that access, the Whites decided to “make a gift to support the retinoblastoma program and Dr. Friedman’s research that will serve children in Nashville and well beyond.”

In collaboration with Friedman, the Whites are committed to establishing

Children’s Hospital as support for physicians seeking to learn best practices in the recognition and treatment of retinoblastoma. As a referral site, Friedman’s team will serve as an educational and research hub.

“It’s an opportunity for Vanderbilt to extend their knowledge and walk alongside these medical professionals who are in the thick of trying to understand and treat this disease with limited supplies and technology,” said Rachel White.

Through the family’s support and other philanthropic gifts, Friedman’s team will be able to use retinoblastoma research knowledge gained at Children’s Hospital to make a difference in the lives of many children like Ferlando. 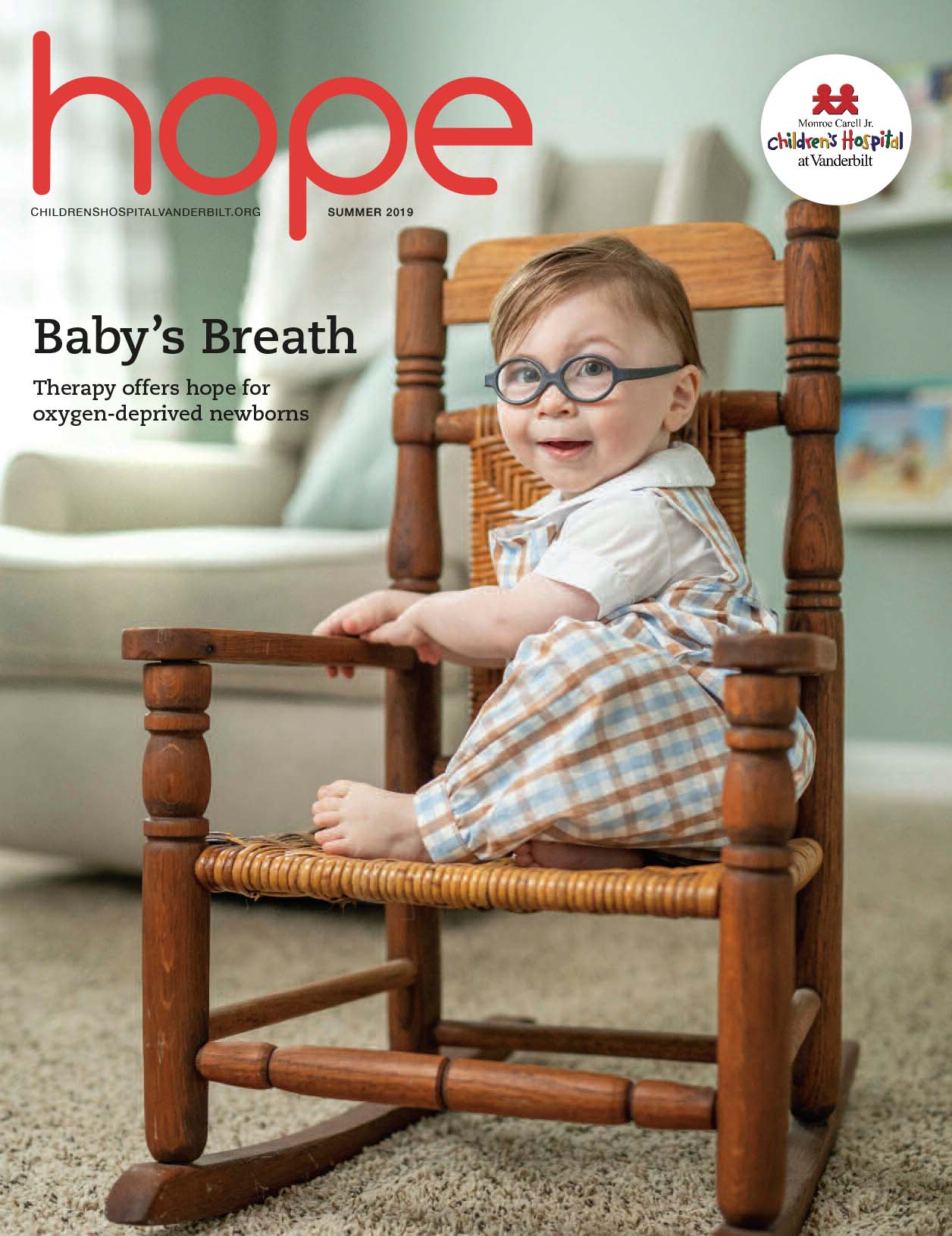