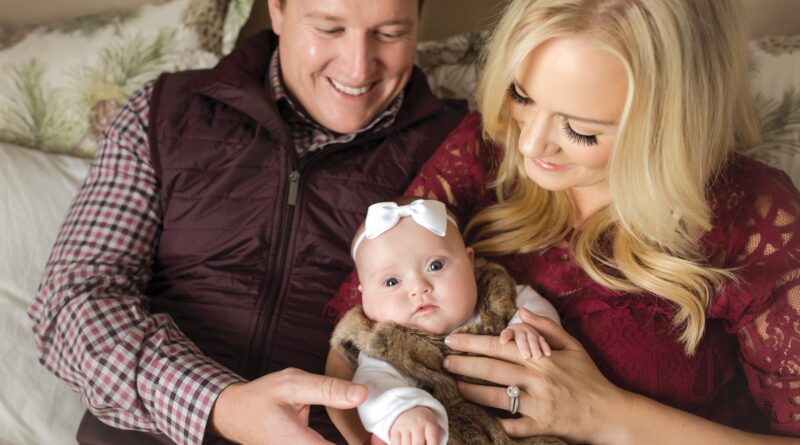 Ellen and Bo Boyer’s first child, a daughter they named Brett, was diagnosed with a congenital heart defect (CHD) while in utero. The couple was told that their beloved daughter would require open heart surgery to survive.

For most, an atrioventricular septal defect is repairable 97% of the time.

For Ellen Boyer, the thought of Brett being in the 3% never crossed her mind.

Despite attempts from the medical team to check on the well-being of the parents after the surgery, the Boyers’ sole focus was their daughter.

“We were not expecting for surgery not to go our way,” said Ellen Boyer. “I was blindsided and had not let myself go there. When it happened, and people wanted to talk to us, we were not open to it.

“The wheels have been turning ever since,” admitted Boyer. “We knew that something was missing in the overall treatment of CHD.”

The Boyers hope they have found the missing piece of the treatment plan for families along their cardiovascular journey and that other pediatric hospitals follow suit.

The Brett Boyer Foundation recently made a gift in Brett’s memory to support the hiring of a psychologist in the Department of Pediatrics aimed at supporting the Pediatric Heart and Vascular Institute at Monroe Carell Jr. Children’s Hospital at Vanderbilt.

“While the team can heal children’s hearts, there was still an emotional and mental component that needed to be addressed. We figured that if a rapport with a psychosocial expert was established on the front end, perhaps more families would be open to talking about their experiences. It’s important to have an expert, someone trained, to provide tools to manage a family’s emotions,” Boyer said.

In preparation for designating funds to assist with creating this new position, the Boyers asked other CHD parents for input. The responses flooded in with an overwhelming call for emotional support. It was the confirmation the Boyers needed to proceed with their plans.

Discussions with Scott Baldwin, MD, chief of the Thomas P. Graham Jr. Division of Cardiology, have been ongoing for more than a year. While the COVID-19 pandemic slowed down progress, it also heightened the need for psychosocial support of families dealing with serious medical issues.

An estimated 40,000 children are born with CHD in the United States annually.

At Children’s Hospital, the teams perform about 475 cardiac surgeries each year. The clinic sees 17,000 outpatient visits a year.

For many cases of CHD, diagnosis of the defect is found in utero. All cases differ, and some require multiple surgeries over a period of time.

“Parents and families of children with congenital heart disease can experience profound stress from the time of diagnosis, through hospitalizations, surgeries, and for years to follow, impacting the child’s development and the health of the entire family,” said David Bichell, MD, chief of Pediatric Cardiac Surgery. “Recognizing the special emotional toll that heart problems bring to a family, the far-reaching emotional trauma of hospitalizations, and the unfilled need for professional mental health support for congenital heart families, the Boyers have stepped in as a force for positive change.” 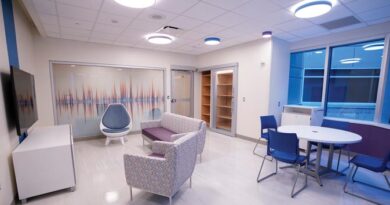 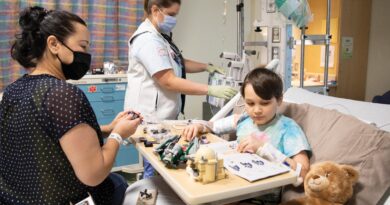