A study by a team at Vanderbilt shows that pregnant women are commonly being prescribed opioids—narcotic pain relievers such as hydrocodone—which results in an increased likelihood of babies being born with neonatal abstinence syndrome (NAS). In addition, the study found that opioid type and duration of exposure combined with tobacco use or selective serotonin reuptake inhibitor use (for treating depression and anxiety) augmented risks for NAS.

The study, “Prescription Opioid Epidemic and Infant Outcomes,” looked at three years of data from TennCare, Tennessee’s Medicaid program, and assessed records for 112,029 pregnant mothers. An estimated 28 percent of the women, or 31,354, were prescribed and filled at least one opioid pain reliever. Of the babies with NAS, 65 percent had mothers that legally filled prescriptions for opioid pain relievers. Results were published April 13 in the journal Pediatrics.

“We found that babies exposed to opioid pain relievers were more likely to be born preterm, have complicated births, low birth weight and have complications such as meconium aspiration syndrome (a sign of infant distress at birth) and respiratory distress,” said lead author Stephen Patrick, M.D., MPH, assistant professor of Pediatrics and Health Policy in the Division of Neonatology at Children’s Hospital.

The financial impact is substantial. National health care expenditures for treating babies with NAS are estimated to be about $720 million a year, according to previous work done by the same researchers. 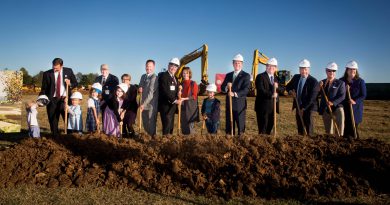 June 7, 2019 Christina Echegaray Comments Off on Care closer to home