Adjoining the Monroe Carell Jr. Children’s Hospital at Vanderbilt is an 11-story tower that has been home to the pediatric outpatient clinics since 2004.

The Doctors’ Office Tower (DOT) was built as a way to ensure convenience for young patients and families seeking medical care – whether inpatient or outpatient. It also serves as a base for many of the physicians.

The interiors of each floor have been built out in phases over the past seven years. In January, DOT debuted the opening of the 10th floor, the final floor to be completed.

The additional 21,000-square-foot area provides more space for clinical services, and is the new home of the Pediatric Pulmonary, Pediatric Nephrology and Pediatric Gastroenterology, Hepatology and Nutrition clinics as well as the Complex Aerodigestive Evaluation Team.

“We are so excited to see our last on-site, multidisciplinary space open,” said Meg Rush, M.D., acting chair of Vanderbilt’s Department of Pediatrics and chief of staff at Children’s Hospital.

“This expansion of our outpatient space enables growth of existing programs and also facilitates the development of cross-disciplinary initiatives that set our services apart as a provider of children’s health care. We look forward to the added flexibility and opportunity this space affords to the development and growth of our clinical services,” Rush said.

The $5 million project to build out the 10th floor shell space began in March 2011, when the expansion project also commenced.

The clinics’ moves to the 10th floor created vacant space for future growth in Pediatric Plastic Surgery on the ninth floor. Renovations will also be made to the fifth floor to allow the Pediatric Heart Institute to expand. 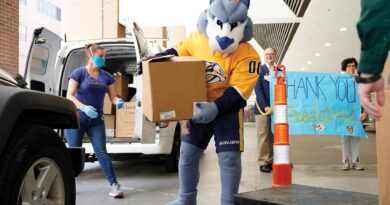 September 14, 2020 Christina Echegaray Comments Off on Stand with Us 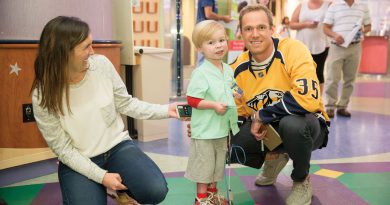