Ann and Monroe Carell Jr. shared a deep commitment to care for sick children and a vision for a special experience for young patients and their families. They were longtime philanthropic leaders in Nashville, supporting many important efforts including endowed scholarships for undergraduate students and endowed chairs in Vanderbilt’s Department of Pediatrics.

They were champions of the children, and laid the foundational gift and subsequent campaign for the construction of the Monroe Carell Jr. Children’s Hospital at Vanderbilt, which opened in 2004.

Ann and their children continued this legacy after Monroe Carell Jr., the hospital’s namesake, died in 2008.
Ann Scott Carell died after a short illness on Aug. 20, in Nashville, surrounded by her family.

“The steadfast commitment and support she, Monroe and other members of the Carell family have provided Vanderbilt leaves a powerful and positive impact on the health and well-being of children throughout our region. Our thoughts are with the Carell family at this time of loss,” said Jeff Balser, M.D., Ph.D., vice chancellor for Health Affairs and dean of the Vanderbilt University School of Medicine.

She was born on June 18, 1935, in Nashville, the daughter of the late Alton Brooks Scott and Julia Lyle Scott and sister of the late Shirley Scott Lance. She graduated from West High School in Nashville and Stephens College in Columbia, Mo., and earned a Bachelor of Science in education from Peabody College at Vanderbilt University.
As a wife, mother and grandmother, Mrs. Carell was devoted, loyal, encouraging and supportive, bringing both grace and strength to her many roles.

She loved raising her children; she was devoted to her sister; and she was a tender caregiver to her mother. Mrs. Carell enjoyed tennis and bridge, and she was a true lifelong learner.

At 65, she returned to piano lessons after a long absence and practiced regularly. She was an active and curious traveler, traveling extensively with her husband. Their favorite destination was Portofino, Italy, and after his death, she returned there with her daughters.

She was a strong advocate of education and taught for several years in Nashville public schools. She continued that dedication throughout her life and was a longtime member of the Board of Trustees of the Harpeth Hall School. She was actively engaged in the planning for a new library for the school, and it now bears her name as the Ann Scott Carell Library. She started the Carell Artists in Residence program at Harpeth Hall with her husband, and in 2009 she received Harpeth Hall’s Dede Bullard Wallace Award for her service and generosity.

Mrs. Carell was a communicant of the Cathedral of the Incarnation, and she was made a Dame of the Order of St.
Gregory the Great by Pope John Paul II. With her husband, she was instrumental in raising funds to renovate and expand the historic 148-year-old Motherhouse of the Dominican Sisters of St. Cecilia, an order devoted to teaching and education. The Carells’ giving helped build a new chapel for the Sisters.

A longtime supporter and Board of Trust member of Cheekwood, she returned to the board to begin a new term. She and her husband were the benefactors of the Carell Woodland Sculpture Trail at Cheekwood.

They also created Cheekwood’s Carell Dogwood Gardens, the first collection of dogwoods in North America to be recognized by the North American Plant Collections Consortium.

In addition to serving on the boards of Cheekwood and the Harpeth Hall School, at the time of her death, she served on the boards of the Monroe Carell Jr. Children’s Hospital at Vanderbilt and the Nashville Symphony. She was a member of United Way’s Tocqueville Society, and in 2006 was honored with the Women United in Giving “Spirit of Giving” Award. She was a member of the Sow and Grow and Timberlee Garden Clubs, the Centennial Club, and the Horticultural Society of Middle Tennessee where she also served as past president. 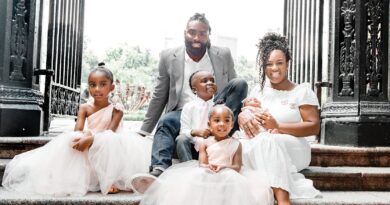