A child’s after-school playmate can influence his or her activity levels and risk for childhood obesity, according to a Vanderbilt study. Sabina Gesell, Ph.D., research assistant professor of Pediatrics, observed children ages 5 to 12 at their after-care programs. Study participants wore pager-like devices called accelerometers to monitor activity intensity levels over time.

Gesell found that children in this age group were six times more likely to adjust to their friends’ activity levels, than not. The more active the group, the more active a child became. The reverse was also true despite the child’s previous activity level.

This study suggests peer groups might be actively selected and mixed to encourage less active children to pick up their activity levels in the after-care setting. The results were published in the journal
Pediatrics.

Researchers were able to access patients who underwent an upper GI scope because of gastroesophageal reflux (GERD) or functional dyspepsia (indigestion) between five and 15 years ago. About 100 of the former pediatric patients along with 143 healthy controls were asked to self-report on current stomach troubles, anxiety, quality of life and depression.

Adolescents and adults who had stomach problems in childhood had about double the rate of anxiety as those who did not, indicating an association between pediatric dyspepsia and anxiety is “strong.”
– by Carole Bartoo

Nearly half the world’s population is colonized by the gut bacterium Helicobacter pylori. Not only can this infection cause stomach ulcers and increase one’s risk of gastric cancer, colonization can also significantly slow growth in children. Antibiotic treatment to clear H. pylori infection causes growth to rebound in the short term, but it is unclear whether this improvement is long-lasting.

They report, in the March 2012 issue of The Pediatric Infectious Disease Journal, that children who remained positive for H. pylori were 1.45 cm shorter than children who cleared the infection – and 1.76 cm shorter by the end of the observation period than children who were always negative. The results show that treating H. pylori infection can have long-lasting effects on growth, suggesting that school-age children with H. pylori may benefit from antibiotic treatment.

Transmission of MRSA between mothers and newborns examined

When medical labs began notifying physicians about methicillin-resistant Staphylococcus aureus (MRSA) detected in a pregnant woman’s Group B strep test, doctors wondered if they should be concerned. Could babies be exposed to an increased risk of MRSA illness during pregnancy or at the time of birth?

Buddy Creech, M.D., MPH, assistant professor of Pediatric Infectious Diseases, provided reassuring news in an April 2012 study published in the journal Pediatrics. The study enrolled more than 500 pregnant women in Nashville and Memphis. The women were tested for the presence of bacteria at regular intervals, before and at the time of delivery, and babies were swabbed up to age 2. While 20 percent of babies did become colonized with MRSA by age 2, the risk of disease was not increased.

Creech says more research is needed to determine if mother-to-child transmission of MRSA in infancy might provide benefits, like greater protection against serious MRSA illnesses later in life.

As we celebrate the many blessings we enjoyed throughout 2012…

January 24, 2013 user Comments Off on As we celebrate the many blessings we enjoyed throughout 2012… 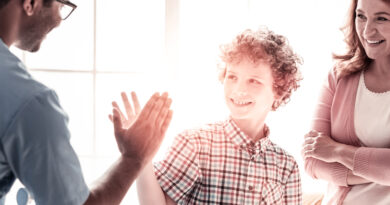 January 27, 2021 Christina Echegaray Comments Off on Pioneers of Hope