Doctors at Monroe Carell Jr. Children’s Hospital at Vanderbilt have seen a rise in late-onset vitamin K deficiency bleeding in young infants due to parents declining the shot at birth.

Over eight months, Vanderbilt physicians saw and diagnosed seven infants, ages 7 weeks to 20 weeks, with vitamin K deficiency bleeding (VKDB), formerly known as hemorrhagic disease of the newborn. Four of the infants had intracranial hemorrhaging, with two requiring urgent neurosurgical intervention, and another with bleeding from the intestines.

Lead author Robert Sidonio, M.D., M.S., assistant professor of Pediatrics in the Division of Hematology/Oncology, and co-authors published their findings in the journal Pediatric Neurology, and are calling for a state and national tracking system to understand how many infants are not receiving the preventive vitamin K shot at birth and the need for better education and awareness for providers and families. Unfounded fears and misinformation that the shot causes leukemia, is a toxin or is unnecessary in uncomplicated births may be leading some families to turn it down.

Newborns are at risk for VKDB and subsequent bleeding unless given the preventive shot at birth. Vitamin K, needed to help blood clot, is produced naturally by the body within the gut or can be consumed in leafy greens. Due to infants’ immature clotting systems, their bodies are initially unable to produce enough of the vitamin. Also, breast milk alone does not provide sufficient levels, regardless of the mother’s diet.

The American Academy of Pediatrics has recommended the single-dose shot of vitamin K at birth since 1961. Most cases seen today are in infants in the first 6 months of life who did not get the shot and are exclusively breastfed or who have an undiagnosed liver disorder. Symptoms of VKDB can include vomiting, overt bleeding, poor feeding, lethargy, pallor and bruising.

Lead author Jennifer Schuster, M.D., clinical fellow in Pediatric Infectious Diseases, said the identification of the human antibody, known as 54G10, has huge implications, and could pave the way to identify one vaccine for both viruses. Antibodies are produced by the body’s immune system to fight off bacteria and viruses.

RSV and MPV are No. 1 and No. 2, respectively, for causing lower respiratory infections in infants and children, with high morbidity and mortality in at-risk populations. Currently, no specific treatment or preventative exists for MPV. The medication Synagis can be given to at-risk infants for prevention of RSV, but is not effective as a treatment option.

The study first explored antibody 54G10’s effectiveness in neutralizing the four subgroups of MPV as passive immune prophylaxis and therapy. The 54G10 antibody targets the MPV fusion protein, a viral protein that participates in getting the virus inside cells, and successfully reduced virus and disease in all subgroups.

Methadone is associated with a shorter length of treatment and length of stay when compared to other treatment methods for infants with neonatal abstinence syndrome (NAS), according to a study published in the Journal of Perinatology.

NAS, which occurs shortly after birth, is a drug withdrawal syndrome experienced by newborns who are exposed to opiates. Infants with NAS can have seizures, difficulty feeding, respiratory complications and low birth weights.

Lead author Stephen Patrick, M.D., now an assistant professor of Pediatrics at Monroe Carell Jr. Children’s Hospital at Vanderbilt, did the work as a Neonatology fellow at the University of Michigan.

The authors studied data from 1,424 infants with NAS at 14 major children’s hospitals, finding significant variations in treatment for NAS.

The study looked at a combination of hospital administration and pharmacy data to evaluate differences in drug treatment for infants with NAS. Six hospitals primarily utilized methadone, six prescribed morphine and two used phenobarbital with methadone showing the best outcome.

June 20, 2017 durend Comments Off on Help from Friends 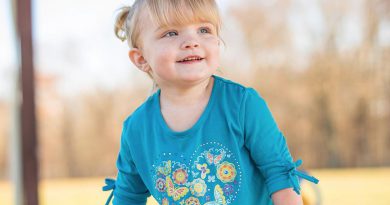