In 1973, Helen Farmer of the American Cancer Society partnered with Wesley Rose, founder of Acuff Rose Music Publishing, to find a way to raise money for her organization. Rose had the idea that their fundraiser could also be a way for people in the music industry to network while having a good time. They invited top recording artists, songwriters, musicians and record company executives to participate, and the Music City Tennis Invitational was born.

Over the years, much about the tournament has changed. It has continued to attract top talent in many disciplines, including famed sprinter Wilma Rudolph, tennis player Patrick McEnroe, singer Kenny Rogers and TV personality Pat Sajak. They started holding various auxiliary events to help raise money, including silent auctions, benefit concerts and in 1995, the Captain’s Cup, which drew some of the world’s best tennis players. Patsy Bradley, daughter of the famed record producer, is co-chair of MCTI and has been involved with the tournament since it began.

To date, the Music City Tennis Invitational has raised more than $1.5 million for the hospital. In 1990, the Center for Child Development at Children’s Hospital was chosen as the specific recipient of funds raised through the event.

The center’s mission is to provide evaluation and treatment to children with a variety of developmental disabilities. These include autism, learning disabilities, cerebral palsy and Down syndrome, to name a few.

The 40th anniversary was celebrated on April 20 – 21 at the Brownlee O. Currey Jr. Tennis Center at Vanderbilt University. Country artist Jake Owen served as the spokesperson, while Nashville television anchor Kelly Sutton was the celebrity host. To mark four decades of giving, organizers held a party on the grounds of the Tennis Center, which featured the live music of James Slater, writer of songs such as Martina McBride’s “In My Daughter’s Eyes” and Rascal Flatts’ “Unstoppable.” To raise additional funds, Slater also held a showcase at the Bluebird Café in March, and there was a Pro-Am Tournament before the main tournament along with a live big-ticket item auction.

The Music City Tennis Invitational has become an integral part of the Nashville music community’s effort to give back to the community.

“This is the only fundraiser benefiting the Center for Child Development, and it helps us provide comprehensive care to children and their families,” said Tyler Reimschisel, M.D., director of the center and assistant professor of Pediatrics at Vanderbilt. “This care is essential, and the funding we receive from this tournament allows us to provide it.”

There is no doubting the national profile of Monroe Carell Jr. Children’s Hospital at Vanderbilt, but at its core it is deeply tied to the community in which it operates. Balancing a national profile and local engagement is no small task, but as chair of the Children’s Hospital Board, Rick Dreiling, chief executive officer of Dollar General, has handled it with great care.

The most visible sign of Dreiling’s, and the Board’s, work is the 30,000-square-foot expansion in the Children’s Hospital that led to the addition of 33 beds for acute, surgical and neonatal intensive care.

This, along with increased resources for innovative programming, research and training of future physicians, was made possible through the successful completion of the $33 million Children’s Health Initiative, which ultimately raised $2 million more than its goal.

“The Monroe Carell Jr. Children’s Hospital at Vanderbilt provides life-saving work to the children of our community. The expansion of the hospital was an ambitious project to help ensure we continue to serve the needs of the children and families that need us most. I am very honored to work with such a dynamic board that has been instrumental to making this expansion a reality,” said Dreiling, who set the tone among leaders on the board and in the community by committing more than $1 million from Dollar General to support the Neonatal Intensive Care Unit as part of the Children’s Hospital expansion.

As he prepares to complete his two-year term as chair, Dreiling’s energy and enthusiasm will continue to drive the board’s work to ensure that children and families living in the Nashville community and those who come to Children’s Hospital for care, continue to receive the highest-quality, compassionate care.

Every year on a spring day in May—rain or shine—the sounds of pounding hooves can be heard running at Percy Warner Park in Nashville. Crowds of up to 25,000 people, dressed in seersucker suits, fancy dresses and floppy hats, flock to the premier race of the year, the Iroquois Steeplechase.

Since 1981, the event has been a key fundraiser for Monroe Carell Jr. Children’s Hospital at Vanderbilt, raising more than $9.5 million over the 32-year partnership. Ticket sales, along with corporate sponsorships, go toward increasing those funds every year.

In a show of ongoing support, event organizers recently decided to specifically designate the money raised during the event and at auxiliary events to the Volunteer State Horsemen’s Foundation Iroquois Steeplechase Fund at Children’s Hospital—an endowment that will support critical research addressing childhood diseases or other pressing needs, as determined by the chair of Pediatrics.

“Supporting the hospital is something that everyone in the community can get behind, because even if you haven’t utilized the hospital yourself, you know someone who has,” said Libby Cheek, executive director of the event. “Giving back to our children is a very positive and uplifting experience.” 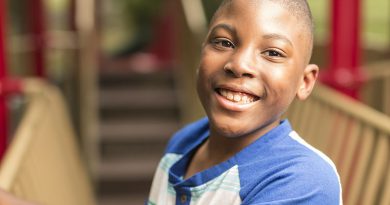 A Chance for a Cure