When the Pharr family wears Vanderbilt regalia around their Mississippi town, people often say, “I thought you were Ole Miss people.”

But 9-year-old Isaac Pharr has a split allegiance, pulling for Vanderbilt—because Vanderbilt saved his life.

Shortly after Isaac was born at North Mississippi Medical Center in Tupelo, during his routine newborn screening, a nurse noticed Isaac’s tongue was gray and his oxygen level was low.

and needed care from a comprehensive children’s hospital. Given the choice of a few locations, parents Jonathan and Kim Pharr chose Monroe Carell Jr. Children’s Hospital at Vanderbilt.

Their 1-day-old baby was wheeled in his incubator to an ambulance that took him to the nearby airport, where he was boarded onto Vanderbilt LifeFlight’s fixed-wing aircraft and flown to Nashville.

“We called it the little black army that showed up for him,” Jonathan said, referencing the LifeFlight team, dressed in their black flight suits, who arrived at the local hospital for their son. “It was terrifying and we felt helpless, but we knew he was in good hands and we were on our way to finding answers.”

Kim and Jonathan arrived at Vanderbilt several hours later, and in the days ahead, doctors worked to uncover Isaac’s complications and craft a course of action.

Isaac had three holes in his heart —one atrial septal defect and two ventricular septal defects. Further, the top arteries of his heart were backward, turning it into a two-chamber heart instead of four.

At 6 days old, Isaac was taken into surgery, his heart in the hands of David Bichell, M.D., William S. Stoney Jr. Professor of Cardiac and Thoracic Surgery, professor of Clinical Cardiac Surgery and chief of Pediatric Cardiac Surgery.

Seven days later, Isaac and his family made the trip home and were reunited with big brother Tristan, then 2.

Today, Isaac is a healthy, active second grader who plays football, basketball and baseball. He twice scored 18 points in a single game last basketball season, causing other coaches to ask for Isaac, also known as “big red,” to be taken out so the opposing team had a chance.

Wearing black and gold isn’t all the Pharrs do to show their gratitude for the care Isaac received. Kim and Jonathan say they always make room in their budget for Vanderbilt, regularly contributing to Children’s Hospital.

“It takes a lot of staff and resources and facilities to give the quality of care that Vanderbilt gives, and that isn’t cheap,” Jonathan said. “It’s a special place that needs to be preserved, so we give because we want other people to have the same experience we had.”

The Pharrs also give because they say so much was done for them during their medical crisis with Isaac.

When Isaac was transported to Nashville, family and friends quickly stepped in to coordinate a place for the Pharrs to stay, care for their older son and organize a blood drive in honor of Isaac. When a store wouldn’t allow Kim to use Jonathan’s debit card for some clothes and necessities they needed for their unexpected trip, a stranger in line quickly handed over a $100 bill.

“People we knew and people we had never met went out of their way to take care of us,” Jonathan said. “The giving spirit that benefited us makes giving back to Vanderbilt a joy.” 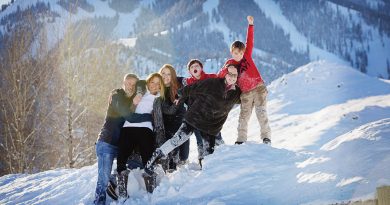 Giving from the heart

June 20, 2017 durend Comments Off on Giving from the heart 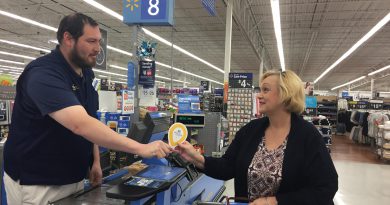 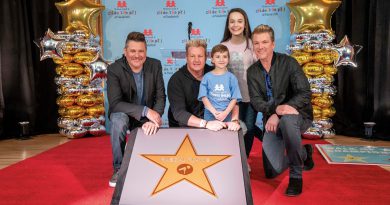 June 7, 2019 Christina Echegaray Comments Off on Walk of Champions