Vanderbilt’s TrialNet needs more participants. Families like the Mitchells must volunteer to participate in the research to help solidify and better define the evidence.

In addition to several studies already under way, enrollment has also begun for two new studies. One involves both TrialNet and a partner organization called the Diabetes Research in Children Network (DirecNet). The study tests the theory that if glucose levels are tightly controlled using high technology devices in the first days of onset of the disease, beta cells may be preserved.

The second new trial will look at an immune system-modulating drug, Teplizumab, which has already been proven to temporarily prolong beta cell function in newly-diagnosed cases of diabetes.  Now, Teplizumab will be tested in people who have not yet developed diabetes. The hope is that by re-setting the attacker immune cells “memory,” they will no longer seek to destroy the cells that produce insulin and prevent diabetes. Vanderbilt will be one of only five centers in North America offering this complex infusion therapy.

For information on participation in TrialNet’s Type 1 Diabetes Research, go to www.vanderbiltdiabetesresearch.com or call (615) 936-TNET or (888) VU4-TNET.

About the Vanderbilt Kennedy Center

January 18, 2018 durend Comments Off on About the Vanderbilt Kennedy Center 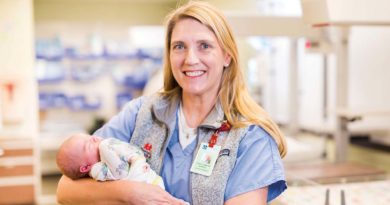 Partnerships in care for newborns

March 2, 2020 Christina Echegaray Comments Off on Partnerships in care for newborns