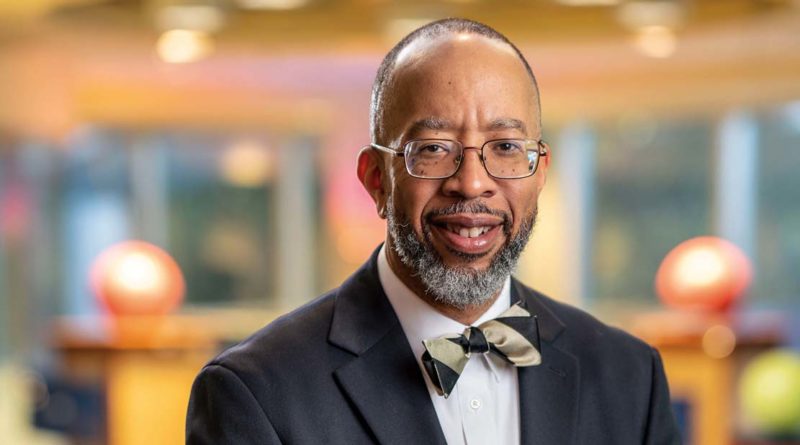 As he starts to settle in his new office at Monroe Carell Jr. Children’s Hospital at Vanderbilt, Jeffrey Upperman, MD, FAAP, FACS, reflects on the influences that eventually led him to what he calls, “possibly the biggest job of my life.”

Upperman arrived at Children’s Hospital in November 2019 from Children’s Hospital Los Angeles (CHLA), where he had been since 2006, achieving national recognition as an expert in trauma, disaster preparedness and injury prevention. He oversaw the CHLA’s American College of Surgeons Level 1 Pediatric Trauma Center and served as tenured professor of Surgery at the University of Southern California.

He serves as only the second Surgeon-in-Chief in Children’s Hospital’s history.

Upperman said over his career he had admired Nashville and Children’s Hospital for their successes, opportunities and future potential, and knew it was a place he’d love to live and work someday.

“Monroe Carell Jr. Children’s Hospital at Vanderbilt has always had a special place in my heart,” said Upperman, who is also chair of the Department of Pediatric Surgery.

On this day in his office, he speaks about himself, but as a leader, he said, he prefers to listen. It’s part of his 90-day plan to meet, listen and hear doctors, nurses, leaders and staff at Children’s Hospital to take an inventory of strengths and areas of improvement to help set a vision for the coming months and years for the nationally ranked facility.

“I look forward to working with the Children’s Hospital leadership team to come up with an agenda that will catapult us in the next decade as a top children’s hospital,” he said.

“I see an absolute powerhouse of people, and the spirit and character of the people stand out for me. Children’s Hospital is uniquely positioned to be a juggernaut in children’s health care for the greater Southeast area. I am excited by the potential and the real possibilities,” Upperman said.

He’s patient, driven and eager to see Children’s Hospital succeed as a national pediatric surgery center and be a leader in disaster and trauma preparedness.

That patience and ambition stem from his younger, boyhood days. As a child growing up in Plainfield, New Jersey, Upperman recalls a snow day from school and when he was building a snow castle. He remembers seeing his mom, Marilyn Upperman, trek the street through a foot of snow.

She had just finished a triple shift as a frontline nurse at the local hospital, staying overtime to ensure there was enough staff during the snow storm to care for patients. He asked her if she was tired.

“‘Yes, but you have fun, and dinner will be ready when you come in,’ she told me,” Upperman said. “She always made it happen. Then she went back to work again the next day. What I got from my mom was professionalism, compassion and resilience.”

Instilled with a tremendous work ethic, by his mom and his dad, Arthur Upperman, who worked in construction, and a bit of competitive nature always aimed at outperforming his five older brothers, Upperman knew at age 5 that he wanted to be a doctor as well as an Olympic track athlete. He even mapped out colleges that would allow him to pursue both passions.

Growing up in a household with lots of siblings, there were no secrets, including school grade performance. Upperman had long aspirations to be on the track team at his high school, a team coached by his older brother. But a parent-teacher conference with his mom and brother revealed he was earning a C in math, sidelining him for a semester from running until his grade improved.

His drive and determination, even more ingrained that day, guided his passion and will, eventually leading him to run track and earn dual degrees in human biology and sociology at Stanford University. That’s also where he met his wife, Bevanne Bean-Mayberry, MD, a women’s health clinician and researcher.

After graduating with a bachelor’s degree in human biology and a master’s degree in sociology, he went on to earn a medical degree from New Jersey Medical School. For years he had known he wanted to be at an academic medical center doing surgery while also serving in an administrative role.

He did his internship and residency at University Hospital in New Jersey and completed a fellowship in pediatric surgery at Children’s Hospital of Pittsburgh. For a time, he also served as interim director of the Benedum Pediatric Trauma Program, learning how to be “an administrator in scrubs.”

While in Pittsburgh, Upperman, who is now a retired lieutenant colonel in the United States Army Medical Corps, was deployed to the Middle East to serve as chief of Surgery during operation Iraqi Freedom 2 in 2004.

When he returned, he was recruited to CHLA, where he fine-tuned his skills as a leader, trauma director and surgeon.

“There I got to manage a cohort of doctors in aligning their thoughts, passions and feelings to serve the mission of injured children and families in Southern California. But with trauma you also have to have a unique relationship with the community,” Upperman said. “A trauma program must consist of all the 911 trauma and emergency room cases, but also injury prevention and emergency preparedness, while we’re always trying to understand how to do all that better.”

He also further honed his disaster and trauma research interests in the organizational preparedness of health care workers, intestinal inflammation, sepsis and pediatric trauma. Many of those focus areas have received significant funding support from the National Institutes of Health, the Robert Wood Johnson Foundation and the Department of Health and Human Services.

As a researcher, Upperman has published over 180 peer-reviewed publications, 200 abstracts and 20 book chapters.

Additionally, he serves as a sworn member of the National Advisory Committee for Children in Disasters for the Assistant Secretary for Preparedness and Response. He is a member of the Scientific Advisory Council of the American Red Cross. He was a panel member on the Institutes of Medicine panel on Prepositioning Antibiotics for Anthrax in 2012. He has served as a permanent member of the pediatrics study section in the Eunice Shriver National Institute of Child Health and Development.

In his spare time, he still enjoys running and fitness. He loves reading how-to books and biographies, and he considers himself an amateur cook.