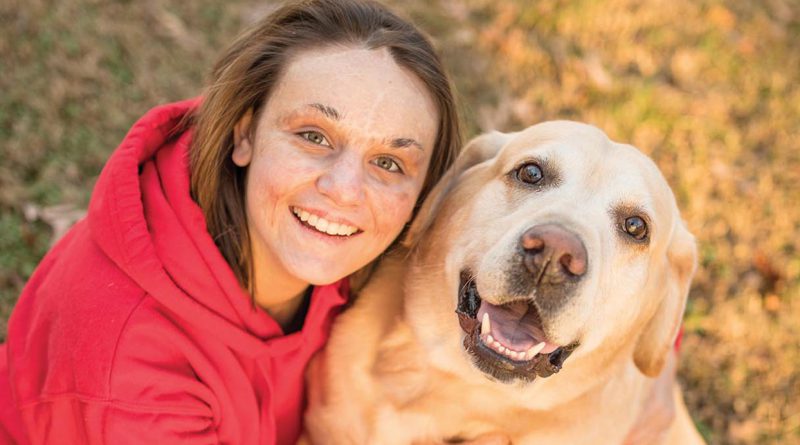 When McKenna Barbee arrives at Camp Hope each summer, she knows she doesn’t have to explain the scars on her body. The other campers will understand the pain she experiences, the sometimes sleepless nights and the seemingly endless number of procedures and surgeries.

McKenna, a 16-year-old burn injury survivor, has attended the camp every year since 2011.

“The campers have a lot of bonding time and they are able to see they are not the only child who has been burned,” said Kim Barbee, McKenna’s mother. “They can go there and see that there are other kids who have been burned — some more, some less than others. They do a lot of silly, fun stuff that allows them to forget for a little while all they have to go through.”

For 27 years and counting, Camp Hope has been a four-day, three-night camping experience specifically designed for children who have sustained burn injuries. The idea for the camp was born shortly after the Vanderbilt Burn Center opened in November 1983, when nurses realized the need for pediatric burn survivors to have a sense of community.

Camp Hope is funded through private donations from the community and held annually at the William P. Ridley 4-H Center in Columbia, Tennessee. Designed for burn survivors ages 6 to 16, the camp is planned and organized by Vanderbilt Burn Center nurses. This past year, 34 campers, including McKenna, participated in this unique experience where nurses, firefighters and adult burn survivors serve as camp counselors.

Rebekah Lemley, RN, BSN, EMT, burn program coordinator and director of Camp Hope, says the camp provides a safe place for dialogue among peers who have had similar experiences.

“This camp brings so much joy to these children,” Lemley said. “In their everyday lives, the kids often try to blend into the background, but at Camp Hope, that’s not the case.”

The campers have a chance to take part in a week of fun summer activities while recovering from the devastating physical and psychological injuries associated with burns.

Self-esteem is one of the greatest challenges for a burn survivor, says Lemley.

“The kids just want to be what society deems as normal, and if you have scars on your body, you are seen as different and are often a target for bullying or even become the aggressor,” Lemley said. “Watching these kids progress from the time they get here to the time they leave is unbelievable. They really blossom.”

McKenna suffered burn injuries at age 8, while playing pretend house with her younger cousin in July 2010. Unbeknownst to McKenna’s family, she had found some matches on the street while riding her bike on July Fourth and held onto them. Five days later as part of the pretend play, she and her cousin decided to make a campfire with the matches. Her cousin got scared by the fire and grabbed what she believed was a canister of water from her grandfather’s basement — but it turned out to be gasoline.

McKenna was engulfed in flames and suffered third-degree burns on 76 percent of her body. The only part of her body unburned was the skin covered by a tank top and shorts.

She spent 96 days fighting for her life and healing in the hospital with burn care, time spent between Monroe Carell Jr. Children’s Hospital at Vanderbilt and Vanderbilt University Adult Hospital.

“To watch her go through that was very difficult,” said Kim Barbee. “I couldn’t hug her or touch her — all I could do was talk to her. I encouraged her to keep fighting. I kept telling her how much I loved her and how much I needed her. I celebrate her every day. She is my miracle child. She is the most

McKenna went to her first camp almost a year after the injury. Nurses were on hand to help her with any care she needed, a comfort to both her and her mother. She has kept going back ever since.

While at the camp, the children and teens get to experience a variety of activities, including swimming, arts and crafts, zip lining, nature hikes and kickball. They also learn about fire safety, complete the Firefighter Challenge course, and engage with emergency workers on Family Safety Day.

“I like being able to be myself,” McKenna said about attending the camp. “It helps because I don’t feel alone. The first time you go, you’re kind of shy and don’t want to do anything. But the second time — you’ll be begging to go.” 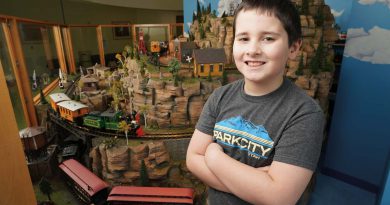 June 7, 2019 Christina Echegaray Comments Off on Full Steam Ahead 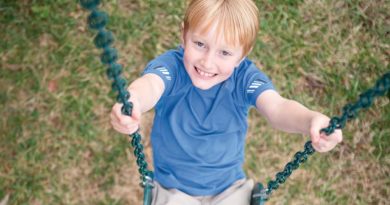 February 26, 2020 Christina Echegaray Comments Off on Time to Play 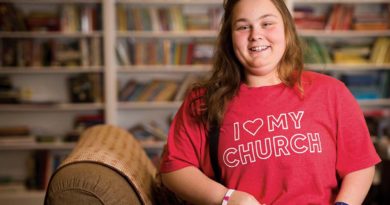 A Chance to Heal Outside the Hospital

March 4, 2020 Christina Echegaray Comments Off on A Chance to Heal Outside the Hospital