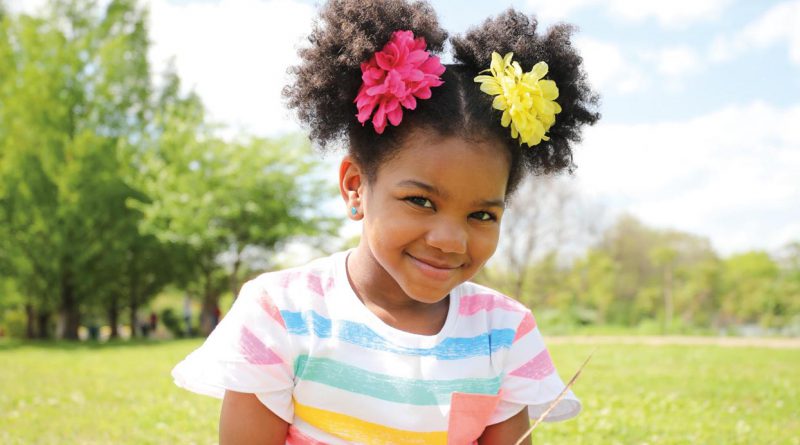 Jurnee Scantling cartwheels across her living room floor, arches into a backbend and then drops into the splits. Her lavender shirt says “Love to Smile” in colorful letters, and she sports a broad grin that affirms the statement.

As soon as she could walk, Jurnee, now 5 years old, loved to “jump and flip and spin around,” remembers her mother, Erika Scivally. When Jurnee had what seemed like a few too many bruises on her legs, her mother attributed them to her exuberant activity.

She also had the occasional high fever, without any other symptoms, her mother says.

Scivally, who was a care partner for children with cancer at Monroe Carell Jr. Children’s Hospital at Vanderbilt for several years, had some nagging concerns.

“I remember telling the pediatrician, her dad and my mom that something’s not right, because she has these bruises and keeps getting these fevers,” Scivally said. Jurnee’s blood work was normal though, and the fevers always went away.

On Father’s Day in 2015, when she was two-and-a-half, Jurnee was diagnosed with acute lymphoblastic leukemia (ALL), the most common childhood cancer.

“Of course I screamed and I cried,” Scivally said. “Even though I saw the signs and had a feeling something was wrong, hearing that diagnosis and getting moved to the cancer floor in the hospital and seeing all the nurses I used to work with…it was horrible.”

Jurnee’s treatment started the next day.

Leukemias are cancers of blood-forming cells. They begin in the bone marrow and result in high numbers of abnormal white blood cells, called blasts. Multiple types of leukemia affect both children and adults, and they may be acute or chronic. Acute leukemias progress quickly, and without treatment, can be fatal in months.

Progress in treating childhood ALL is “one of the most incredible stories in all of oncology,” says John Greer, MD, professor of Medicine and Pediatrics.

Greer completed a fellowship in hematology/oncology at Vanderbilt in 1984, and then he joined the faculty and worked closely with John Lukens, MD, the founding director of the Vanderbilt Division of Pediatric Hematology/Oncology.

“John Lukens was a phenomenal person,” Greer says. “He was kind and smart, and he had the foresight to get involved early in testing new treatments for childhood cancer.”

A Place for Survivors

The end of cancer treatment is reason to celebrate and a relief for patients and their families, but it can also be a time of new concerns. Read more »

When Lukens started Vanderbilt’s childhood cancer program in 1975, the survival rate for ALL was less than 30 percent, Greer says. Today, it’s close to 90 percent, “because of well-designed clinical trials.”

Advances in therapy, made possible by large clinical trials, have improved survival “exponentially over the years” in all childhood cancers, says Debra Friedman, MD, E. Bronson Ingram Professor of Pediatric Oncology and director of the Division of Pediatric Hematology/Oncology.

About 16,000 children are diagnosed with cancer each year in the United States. Most of these children are cared for at academic medical centers like Vanderbilt, which work together to develop improved therapies.

“Nationally, we’ve conducted clinical trials in childhood cancer since the mid-1970s, and when a trial is available, about 70 percent of eligible children enroll,” Friedman says.

“Because we can treat children in a uniform way and test new therapies on larger numbers of children, we are able to learn quickly and improve outcomes,” Friedman says.

“John Lukens had the vision to say we can cure children with cancer,” Friedman says. “He was truly one of the pioneers of pediatric oncology.”

Today, the COG unites more than 9,000 experts in childhood cancer at more than 200 leading children’s hospitals, universities and cancer centers.

“Our physicians are national leaders who are actively involved in the design and execution of clinical trials being conducted by the COG as well as by the pharmaceutical industry,” she says. “We have more trials open, and we enroll more patients on trials than most other centers our size. We have a commitment to offer our patients the very best therapies.”

Expertise under one roof

Jurnee, who is Friedman’s patient, was eligible for a trial testing a new therapy for ALL. Scivally didn’t hesitate to enroll her.

Desmond Scantling, Jurnee’s father, “was a little concerned about it,” Scivally says, “but I told him to think about the things we take for the little illnesses we have…they had to try it on somebody. People have to be willing to say OK, and if it works for Jurnee, then maybe it will help other kids too.”

The trial, like many others offered by Vanderbilt’s childhood cancer program, compared a new treatment to the standard of care.

“We’re asking if we can improve the survival rate,” Friedman says. “Every trial we’ve conducted has given us valuable information.”

A novel immunotherapy that uses a patient’s own cells to fight cancer is now available at only a select group of health care institutions. Read more »

Jurnee’s treatment started with “induction” chemotherapy, a high-dose treatment administered in the hospital and aimed at putting the disease into remission. After 37 days in the hospital, Jurnee went home in remission. For the next two-plus years, she and her family followed the schedule of visits to the clinic, outpatient and inpatient chemotherapy infusions, intrathecal (spinal cord) treatments and oral chemotherapy. She completed treatment in September 2017.

“It was exhausting, but we got into the routine and just did it,” Scivally says.

Jurnee tolerated the treatment well. She experienced a serious side effect just once, requiring a two-week hospitalization for neutropenia — an abnormally low number of neutrophils, white blood cells that act as “first responders” to fight infections.

“I knew from my experience working on the floor that some patients with neutropenia don’t do well, so that was scary,” Scivally says.

“Cancer therapy is not kind and gentle, and we can cause damage to virtually any organ in the body,” Friedman says. Pediatric oncologists “need to have subspecialists — for example, cardiologists, pulmonologists, infectious disease doctors — by our side to make a coordinated plan for care. That makes a huge difference in survival.”

Vanderbilt’s program is the only childhood cancer program in the state “that has all the subspecialties needed to support children who are receiving cancer therapy under one roof,” Friedman says.

Active collaboration with the Vanderbilt-Ingram Cancer Center also brings special expertise to the care of children with cancer, Friedman says, noting that the pediatric oncology program is also the only program in the state that is part of a National Cancer Institute-designated Comprehensive Cancer Center that treats children and adults.

“We have all the pieces in place that we know are responsible for increased survival,” Friedman says. “We’re doing everything we can to provide state-of-the-art care and the best clinical options for our patients.”

A sense of family

When Katharine Wiggins and her family walked into the pediatric hematology/oncology clinic for the first time with their 14-month-old son Jonathan, the space was new to them, but the experience wasn’t.

The family’s oldest child, Hogan, had been treated in the same division 10 years earlier for a different disease, and the nurse who came out to greet them happened to be the nurse who had cared for Hogan.

Kelly Newman, RN, BSN, clinic infusion nurse, says it was “a punch in the gut to see them come in for another child.”

“It was rather shocking and very emotional, but at the same time so comforting,” Wiggins says. “Without Kelly, I don’t think I could have survived; she’s amazing, and there’s truly a sense of family in that clinic.”

Hogan and Jonathan Wiggins have rare, unrelated disorders, one with no known cause and the other usually resulting from a random genetic mutation.

Jonathan, 7, was diagnosed with Beckwith-Wiedemann syndrome in utero. The syndrome is marked by overgrowth of organs and an increased risk for childhood kidney and liver cancer.

“At birth, he was healthy and just a really big baby, about 12 pounds even though he was two weeks early,” Katharine Wiggins says. When he was a toddler, routine X-rays and ultrasounds revealed a cancerous tumor on his left kidney, which required surgical removal followed by eight months of chemotherapy.

Jonathan, who plays sports of all kinds, including soccer, golf and baseball, will be followed twice a year until he is 12 years old, when there is no longer a known risk of cancer from the syndrome.

Hogan, 17, was treated with chemotherapy for two years for Kasabach-Merritt syndrome, which caused a vascular tumor on his face when he was just 3 months old.

Today, only the scars from the port-a-caths placed under their skin to draw blood and give treatments hint at what the brothers went through as babies.

“We called the port-a-caths their ‘special spots,’ and they have a little bit of a special bond because of those scars and that shared experience,” Katharine Wiggins says.

Caring for children like Hogan and Jonathan over time, and building relationships with them and their families, is what Newman enjoys most about her work. Newman has treated children with cancer for 30 years and has been part of the Vanderbilt program for 27 years. She has worked in the clinic, mostly in the infusion room, for 22 years.

“When I first started this work in 1988, there weren’t any survivorship clinics and we didn’t monitor for late-term effects,” Newman says. “Now, we have children with very good prognoses who survive, and we continue to monitor them into adulthood. That has been really rewarding, that there is a need for that now.”

With strong leadership since its founding in 1975, the Division of Pediatric Hematology/Oncology has seen steady growth and rising national prominence.

“John Lukens really set the foundation by making sure the program had wonderful nurses and support staff, and a sense of mission that you were doing something that’s unique and vital,” Greer says. “It’s been remarkable to witness it and be a part of it.”

Lukens led the division until 1998. The second director, James Whitlock, MD, was a trainee of Lukens.

“Jim Whitlock continued to build the division and to bring an increased number of clinical trials to Vanderbilt,” Friedman says. “He’s an internationally recognized leader in leukemia and a rare disease called Langerhans cell histiocytosis, and a leader in the Children’s Oncology Group.”

In the last decade, the number of children with cancer treated at Monroe Carell Jr. Children’s Hospital at Vanderbilt has more than doubled, with families from Tennessee and throughout the region coming here for expert specialty cancer care. Read more »

Whitlock now directs the Division of Hematology/Oncology at The Hospital for Sick Children in Toronto, Canada.

Friedman has directed the division since 2010. During her tenure, the program has more than doubled the number of new patients it treats each year.

The growth can’t be explained by a spike in the incidence of childhood cancer. Rather, more families are choosing to come to Vanderbilt “because we can offer so much in terms of specialized therapies, clinical trials and access to subspecialists,” Friedman says.

Novel and innovative treatments offered at Vanderbilt include:

“We are taking care of the whole patient and their family,” Friedman says. “Our team has the expertise to look at the big picture and design the very best treatment plans for our patients.” 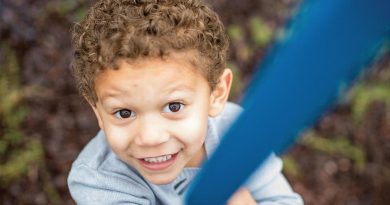 January 18, 2018 durend Comments Off on Beyond the Walls 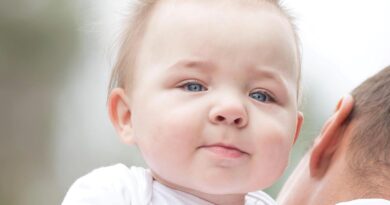 January 27, 2021 Christina Echegaray Comments Off on A Fighting Chance 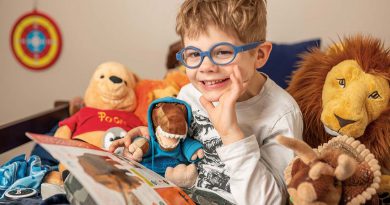