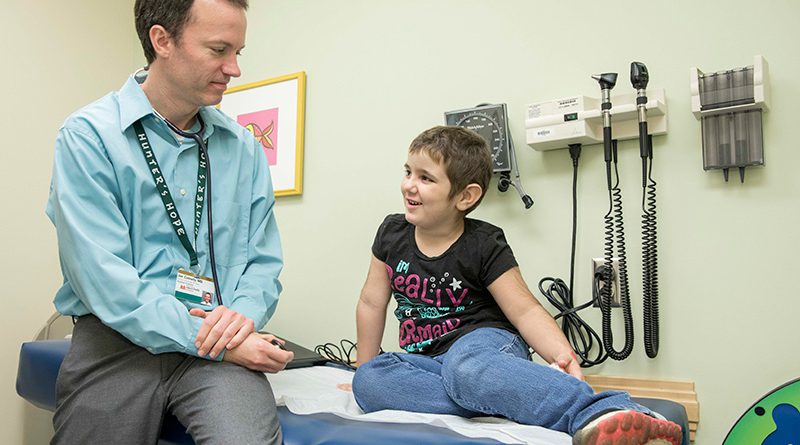 In the 1970s, a boy named David became famous for living inside a plastic germ-free environment.

Known as the “bubble boy,” David suffered from severe combined immunodeficiency (SCID), a rare genetic disorder that weakens, or in some cases eliminates, the immune system. Babies born with SCID have severe, recurrent infections and usually die within one year of birth unless they have a successful stem cell transplant.

Although many people think of the “bubble boy” when they hear the word “immunodeficiency,” SCID actually represents a very small percentage of immune disorders, says Jim Connelly, M.D., assistant professor of Pediatrics.

“The immune system is more than just a system to prevent infection,” he says. “Our expanded appreciation of how immune system defects can present in people as well as enhanced genetic testing has rapidly increased the number of known immunodeficiencies.”

In order to meet the demands of this growing and complex population of patients, Connelly and his colleagues at Monroe Carell Jr. Children’s Hospital at Vanderbilt designed the Comprehensive Hematology, Immunology, and Infectious Disease Program (CHIIP).

“The name CHIIP reflects that our program is a collaborative group of specialists from immunology, hematology, oncology, infectious disease and bone marrow transplant,” Connelly says. “All of the CHIIP physicians have particular expertise in their areas treating patients who have immunodeficiencies and rare disorders of the blood system.”

Patients coming to the CHIIP clinic have the opportunity to see several specialists during a single clinic visit, and to know that these specialists are working together to treat their unique disorders.

“Patients get multiple minds thinking about their case before, during and after their clinic visit,” Connelly says. “We work as a team to come up with difficult diagnoses and concise treatment recommendations.”

In the first few months since the CHIIP clinic has been operational, Connelly says the team is getting great feedback from patients, families and referring physicians.

“A lot of our patients and families are frustrated because they’ve gone from specialist to specialist to specialist, waiting weeks in between every visit, and going through the same testing over and over without a diagnosis or firm treatment plan,” Connelly says. “Here, each child sees all of the specialists during one visit, all testing is combined into one blood draw, and we work together to come up with a comprehensive plan for each child.”

CHIIP is the only clinic of its type in the Southeast. Connelly led a similar program at the University of Michigan before joining the Vanderbilt faculty in January 2016.

“These are complicated patients with rare diseases, and they absolutely need to be at centers like Vanderbilt to care for all of their diverse medical needs quickly and completely,” Connelly says.

June 13, 2018 Christina Echegaray Comments Off on What is Hypoplastic Left Heart Syndrome (HLHS)?