In 2003, Vanderbilt joined forces with two other medical centers to begin a landmark study that would change the landscape of fetal surgery.

The Management of Myelomeningocele Study (MOMs) trial examined the benefits and risks of performing fetal surgery to treat spina bifida, the most common birth defect in the central nervous system.
The results of the National Institutes of Health-funded study, published in February in the New England Journal of Medicine, proved that babies who have surgery to repair spina bifida while still in the womb have better outcomes than babies who have surgery after birth.

Findings also showed there was no increased risk of death for the baby or the mother when the fetal surgery group was compared with a group that received surgery after birth.

In spina bifida, the backbone and the spinal canal do not close before birth. But with the surgery, children with the defect are less likely to need a shunt to relieve fluid build-up on the brain and have a greater chance of being able to walk later in life.

Children born with spina bifida are more likely to have paraplegia, bowel and bladder control problems and water on the brain (hydrocephalus).

The MOMS trial spanned seven years and included 183 participants. Half of the patients were randomized to receive fetal surgery to close their babies’ spines between the 19th and 25th week of gestation.

The surgeries required a close collaboration between a number of Vanderbilt disciplines, including pediatric surgery, OB/Gyn, neonatology, bioethics, nursing, social work and other programs.

Ultimately, the trial provided the evidence needed for the procedure to gain broad approval, so that it could be offered to more women.

Vanderbilt also created a comprehensive program for prenatal assessments of birth defects, with a special focus on spine defects and education of the family. Prior to the study, Vanderbilt had performed 177 repairs, including the first-ever procedure of its kind done in the world.

Vanderbilt is a founding member of the North American Fetal Therapy Network which grew out of the collaboration of the three centers involved in the MOMS trial.

More information about the MOMS trial can be found at www.spinabifidamoms.com

Dancing for the children

June 14, 2016 user Comments Off on Dancing for the children 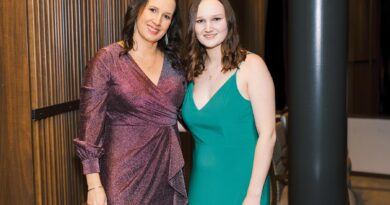