Janelly Martinez-Amador is one of 11 patients—seven girls and four boys—who were enrolled in a clinical drug trial between October 2008 and December 2009 to study an enzyme-replacement drug therapy, asfotase alfa. The children’s ages ranged between 2 weeks and 3 years old.

Canadian-based Enobia Pharma Corp, since acquired by Alexion of Connecticut, developed the drug and also funded the study along with Shriners Hospital for Children. Researchers sought to examine if the asfotase alfa could treat the symptoms of life-threatening forms of hypophosphatasia (HPP), a rare genetic disorder characterized by the body’s inability to absorb minerals needed to maintain bone structure. Previously, no medical treatment existed.

The study participants suffered from perinatal HPP, almost always lethal, and infantile HPP, which develops before 6 months of age, with symptoms such as rickets, failure to thrive, low muscle tone and muscle disease. They received a single intravenous infusion of the drug, followed by injections three times a week.

Results of the study, Enzyme-Replacement Therapy in Life-Threatening Hypophosphatasia, were published in March 2012 in the New England Journal of Medicine (NEJM) with promising results. The main objective of the NEJM article was to report data on all patients following 48 weeks of treatment. Additional information is reported via an appendix to that article. In the case of this patient, observation of continual improvement through 2 years of treatment is noted in the appendix.

Results show that the bone-targeted enzyme replacement was effective, with substantial improvement seen at week 24 as was evidenced in the patients’ X-rays. Treatment improved the skeletal issues as well as respiratory and motor function, the study noted.

Janelly was among the oldest of the group and she was the most severe. She weighed about 19 pounds when the trial began.

“By the time she started the drug, she was already ventilator dependent,” said Margo Black, R.N., a research nurse in Pediatric Endocrinology. “You have to have a skeletal frame to support your body and muscle and she didn’t have that. As she has been on the study drug, she has slowly started developing bone.”

In the published study, notes indicated that Janelly had extreme skeletal disease, characterized by “the near absence of visible bone.” She was immobile and had no head control.

“This is evidence of how we as an academic medical center must partner with pharmaceutical companies to get new answers and to get to the next level of what we can offer children and families,” said Black. “It is my job to collect data that is reliable and valid, and to take the info we’re gathering about her to the sponsor which then takes it to the U.S. Food and Drug Administration. And hopefully, the drug will be marketed so not every child has to be in a study to take it.”

Nine patients, including Janelly, are participating in a long-term extension phase of the study of the experimental drug, and at the time the study was published in 2012, the average treatment duration was 18 months (range of 12-26 months). That phase of the trial is expected to go through July 2014.

Vanderbilt also now has a second patient who is part of the trial. 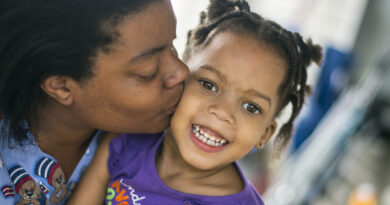 As we walk the spaces of our hospital and clinics…

February 4, 2016 user Comments Off on As we walk the spaces of our hospital and clinics… 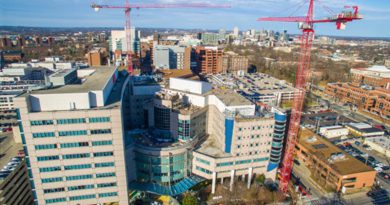